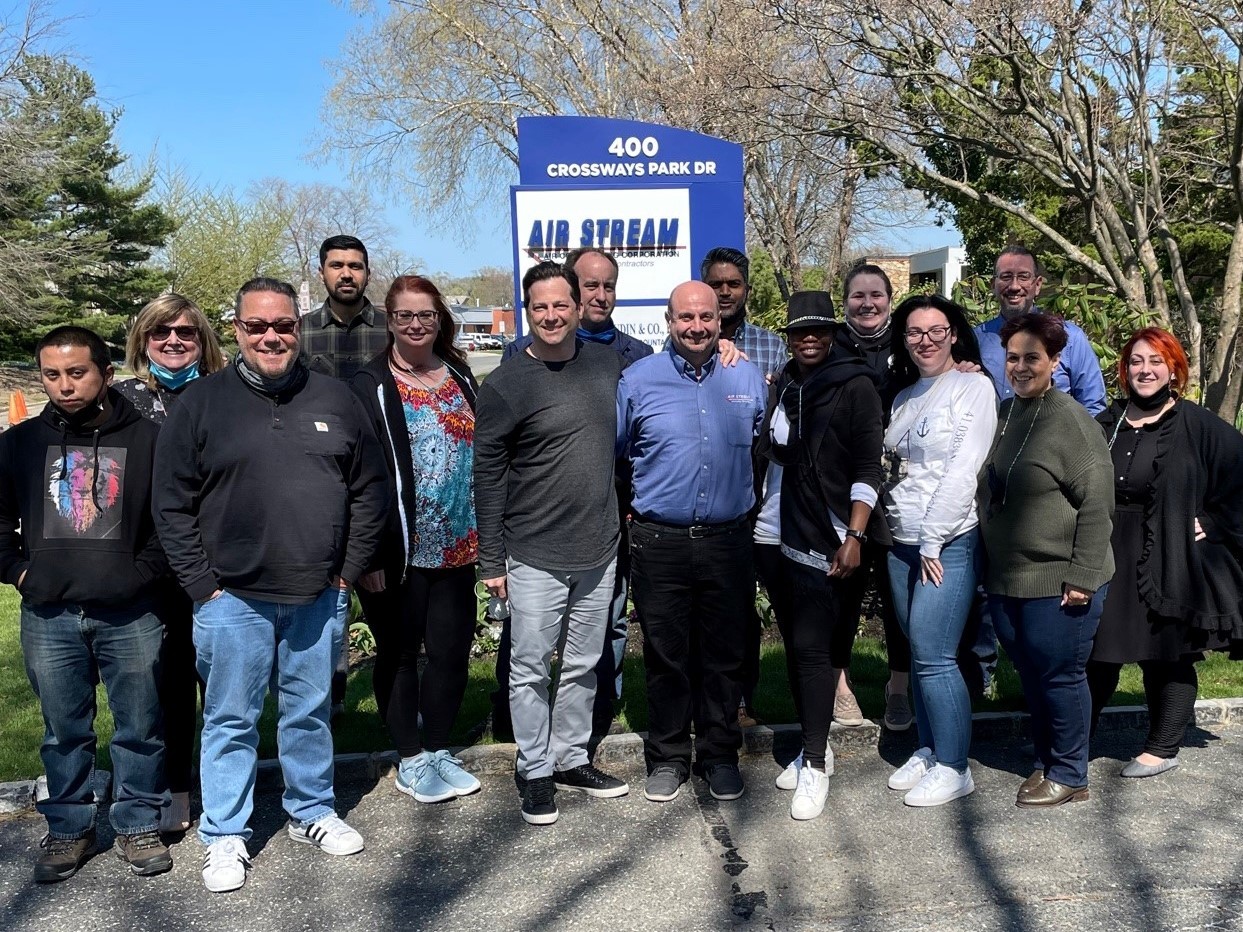 We stopped on this momentous occasion to ask Frank, “What do you say when people ask how long you have worked here, and you then tell them it’s been 30 years?” Frank smiled and said “Not many people work that long for a company these days. I tell them that I really like working here because it’s like being part of a family. I appreciate everything that Air Stream AC has done for me over the years.”

Frank advised that he originally got the job with Air Stream AC, “…when my aunt told me that her friend’s husband worked for an air conditioning company and told me to go interview with him at his house in April 1991, and I got hired at Air Stream AC as a Helper. A year later I became a mechanic by going out on a truck and learning in the field. I became a Field Supervisor after six years and managed a team of seven technicians in the five boroughs. After doing that for several years, I become a Project Manager and started going onto job sites to oversee the installation of new HVAC systems for renovations and new construction, and I have been doing that ever since. I really enjoy working with Brian, Chris, and the rest of the Installation Department team because even though we really only see each other when we are in the office, we help each other out every day; we know when we have an issue, we are always here for one another.

Being a Project Manager can sometimes be challenging. The General Contractors that we work with are oftentimes getting pushed by tenants who want to move into the space we are working on, which pushes us and the other trades on the jobs to get the work done, so it is a domino effect. The timeline of the job can sometimes be the worst part because it causes us to really drive ourselves, our mechanics, and our subcontractors to get the jobs done on time. Getting all the equipment released and delivered promptly to meet the schedule is also critical.  Managing the subcontractor’s performance on the job is the last part of making it all work. Being a Project Manager requires you to respond quickly and come up with answers and solutions to troubleshoot issues on jobs. With all that being said, I enjoy this work and really like to be a part of the finished projects because you get to see them evolve as NYC and Long Island continue to grow and progress, and you get to say that you were a part of all of that.”